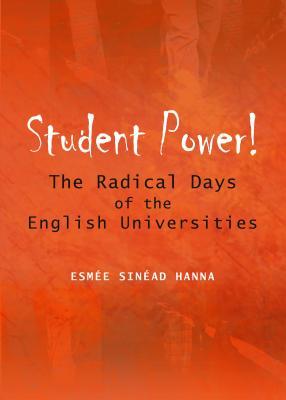 The Radical days of the English Universities is an original contribution to the exploration and understanding of the radicality of the English student movement of the 1960s. This movement was significant and widespread within English universities, and occurred within the context of global student unrest. The research, on which this book is founded, brings together two key data sources, documents and oral history interviews, presenting previously unpublished and original research to detail the events of this important social movement.

The books central focus is the exploration of the key events within the movement, detailing the type of actions that occurred across the duration of the movement so as to paint a picture of what the movement was like. Key insight is offered from those who were involved in the protests, giving a voice to those who know first-hand what it was like to be a student at the height of the Swinging Sixties. The significance of the 1960s student movement is also refocused through a contemporary lens. In light of recent renewals in student activism, comparisons and contrasts between the current situation of students within the higher education system in England and those who were students in the Sixties are discussed.

By exploring what can be learnt from students of the Sixties, focusing upon how they were able to create and sustain a social movement of this scale, we can understand the constraints and influences on political action by students today. This book is therefore relevant not only to our understanding of the past, but also for thinking about social movements in the present. The book therefore offers a rich narrative of a fascinating social movement, telling previously untold stories of what it was like to be part of the biggest rebellion of English students at the height of the dramatic decade of change that was the Sixties.

This title will be of interest to academics, students, activists, as well as those with a general interest in the history of the Sixties.

Comments
Comments for "Student Power!: The Radical Days of the English Universities":