Crossing the Pacific: The Family Stories of a Chinese Immigrant Y.P. Lu 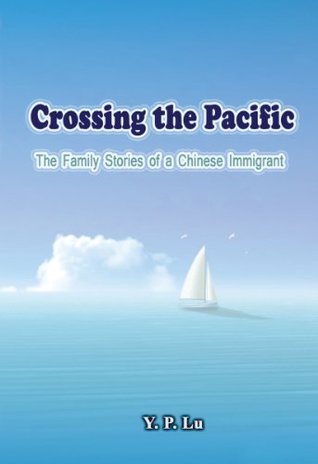 In subsequent decades, the Nationalist government was exhausted in fighting consecutively wars against the Chinese War Lords, the war against the Japanese aggression, and the Civil War with the Chinese Communists. Chaotic situations in the nation had lasted for most of the twentieth century. My parents and my siblings of five lived our lives in that century.

Although our family, except for my sister and her family, had fortunately escaped the unprecedented massive destruction, the associated social turbulence, and the political persecution by the Chinese government toward its citizens in the decades of the twentieth century, we were forced to leave mainland China.

Our parents and many people in their generation lived the rest of their lives overseas like drifting leaves in unfamiliar societies with nostalgia. My parents passed away in Taipei, Taiwan and in Manhattan, Kansas in the 1970’s. What they wished and longed for was simply the togetherness of family members, and was never achieved in their lives. Because of the age differences between our siblings, the experiences of our lives were quite different.

We each managed to find a way to make a living, strive for the best and we all survived under various circumstances during the turbulent times. This book Crossing the Pacific describes the true family stories of an ordinary Chinese immigrant. Just because of its ordinary nature, these stories would certainly not be able to make their way to the history books. However, these true family stories which fully reflect the complicated historical events of our times are surely worth writing down and leaving them to our children and future generations in America!

Comments
Comments for "Crossing the Pacific: The Family Stories of a Chinese Immigrant":