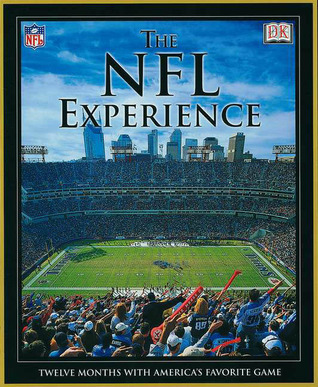 Every pass, every run, and every tackle of the National Football Leagues championship game are captured by the cameras lens. Every statistical nuance is reported and dissected by the hundreds of media representatives assigned to cover the event. Far less understood is what transpires throughout the rest of the year to set the stage for the NFLs annual spectacle.

The NFL Experience takes you behind the scenes and into the inner sanctum of pro football from start to finish. Join veteran players and hopeful rookies toiling privately as they sweat their bodies into shape, and get an up-close look at exhausting, two-a-day practices as they compete for jobs in remote training camps. Ride a roller coaster of emotional ups and downs during the 16-game NFL schedule.

And feel the adrenaline rushes and bone-jarring collisions that define the do-or-die postseason. The NFL Experience, through words and pictures, captures the disparate elements, fascinating characters, and contrasting emotions that emerge as the NFL calendar unwinds and builds to a crescendo each season. This is a rare chance to observe the endless monotony of midsummer drills and the hair-raising excitement of game day, to relish in the joy of victory and understand the dejection that accompanies defeat.

You will see many of the same sights a player witnesses on the field, and be afforded an insight into the mind set that is required to play the game. Among the lessons shared are the words of former quarterback Boomer Esiason, who describes the role of the quarterback in the face of a fierce pass rush: Hes gotta hold the ball for a fraction longer, and when he throws it, hes gonna get hit underneath the chin. What the coaches are looking for is that guy whos going to stand in there and throw the ball accurately in the face of fire.

The NFL Experience is a unique insiders look at the faces of the men who play Americas favorite sport -- and a rare view of the long, winding path they travel to arrive at pro footballs defining moment.